Microsoft Kinect provides a seamless gesture-based user interface. The challenge was to combine those capabilities with more concrete gestures such as foot-taps into a single interactive interface which is fun and engaging.

Ripple is a dual-projection based infotainment system that comes with a customizable interactive floor and screen. It has the power to create new waves by integrating multiple, unique experiences into a single set-up through ‘gamification of knowledge.’

Kinect Ripple was in beta version when I joined the team. They had the infrastructure in place, and a few gestures implemented as a proof of concept.

The gestures were fairly basic, and involved waving motions that often conflicted with people's natural movements. This led to some false positives being detected even when a person was not gesturing explicitly. We decided to focus on the improving the accuracy of these gestures & prevent false positives.

I also worked on porting the setup to Kinect 2.0, which was released internally at the time. The newer gestures took advantage of the Kinect 2.0 features like the fist and eye blink detection.

We started by defining gestures to navigate with the system. This would work as a framework for developers who want to build games or applications on Ripple. 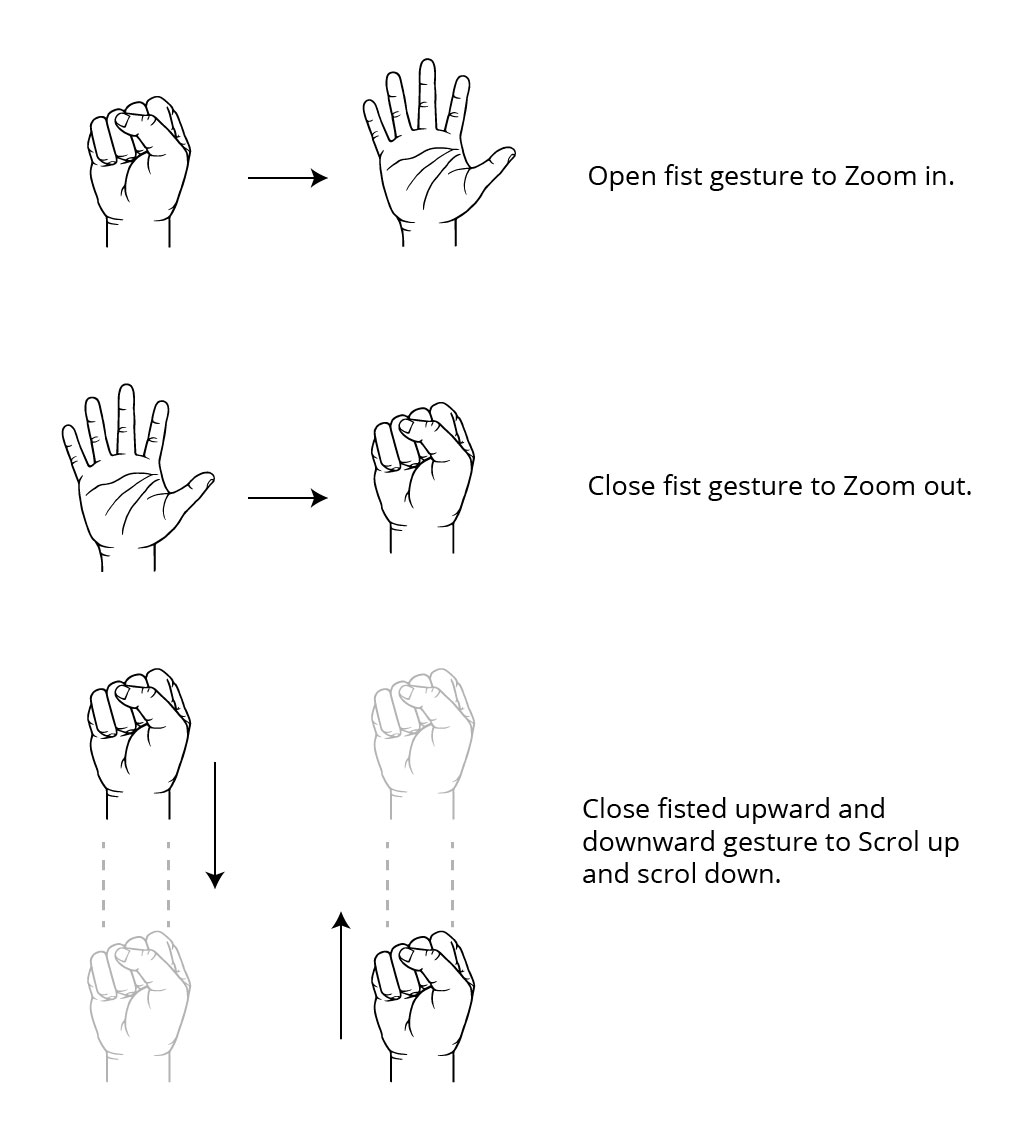 At the visiting center, we observed children to be most engaged with Ripple due to the motion based tapping and gesture aspect involved in the interaction.

So we believe that Ripple has the potential to be adapted in informational and educational settings, especially in the areas of interactive education.